We have worked with many wonderful swimmers, coaches, clubs, teams and parents and in many different swimming pools. Here are a few testimonials about our system.

Wow, thank you so much for yesterday’s session!  Jordyn learned so much and had so much fun!  She talked about it all the way home 😀 Jordyn can’t wait to work with you again! Have a great day, Krista. team VAST 1/22/2023

Thank you so much! The kids are looking forward to another session with you. We would like to schedule another session as they want to work on starts/dives and turns.  The boys said they learned alot and their 8 words are on the mirror. Thanks again. Lori T.  team PASS   9/12/2022.

Average video length 10-20 seconds. It was funny, she didn’t even really want to talk after watching the video, she just jumped back in and tried again. She was doing most of the correcting based off of the skills we’ve been working on during her private lessons. It was cool!
It was fun! – Coach Nate 10/31/2019
Nathan Rhoads

Took about 20 minutes because I was playing around with different views/angles…so not quite as fast as you do it.😀 But I was able to give immediate fast feedback. It was so easy to use! Thanks again!!”

“I’ve tried several video systems in the past from the camera on cart to stationary cameras. The ability to get moving video from the front of the stroke, the rear of the stroke and the side of the stroke makes this system a great tool for any coach that believes video analysis can be a great learning tool.”

This is great since you can see if the stroke changes during that time. Most systems only allow a single stroke cycle and isn’t as stable. Most kids are visual learners and this gives them a chance to see what you are talking about in order to make stroke corrections.” 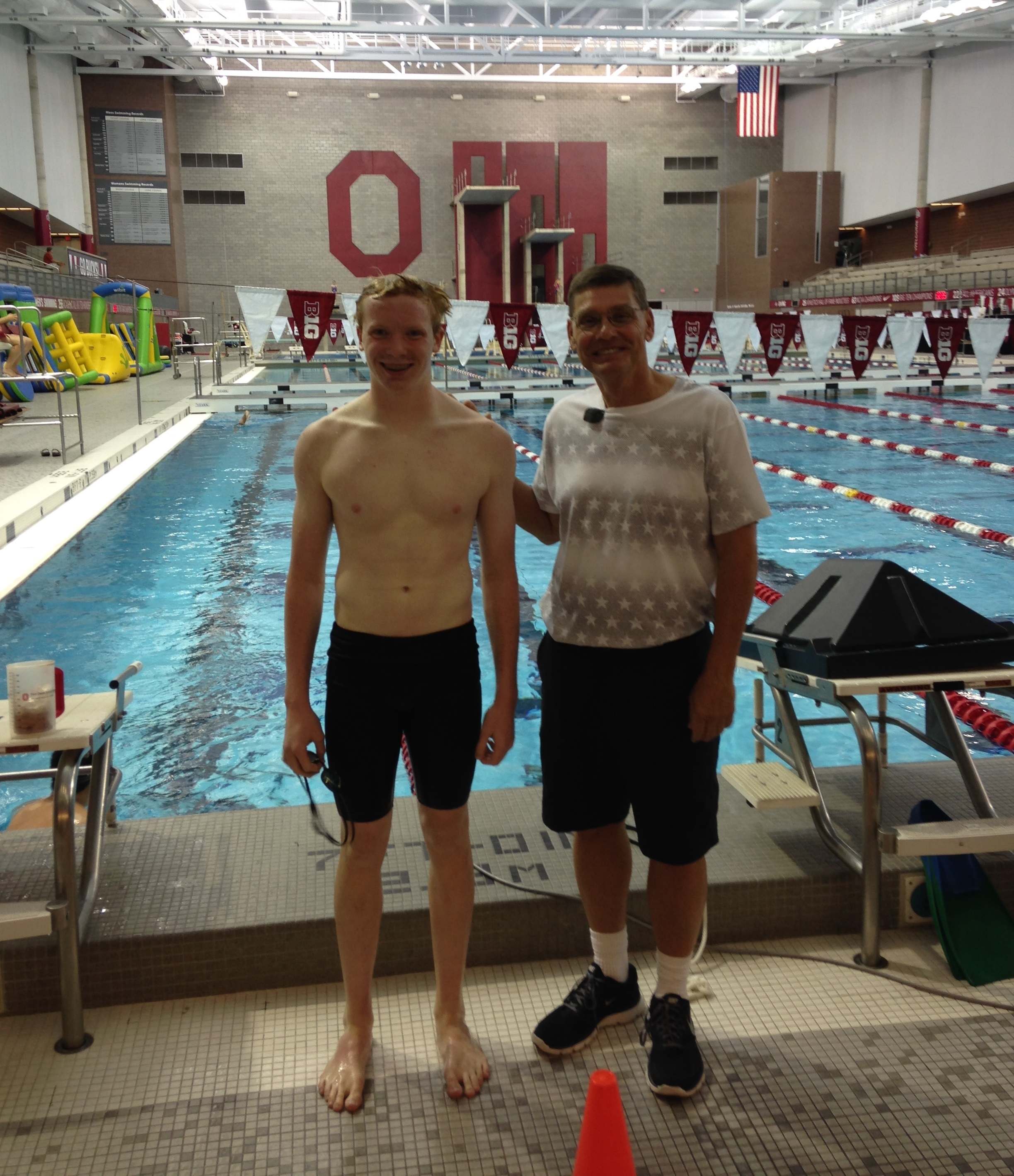 “I want this system for Ohio State.” System installed July 2015

It provides a new and interesting underwater view of a swimmers stroke. This looks promising for swimming stroke analysis.”

On January 2nd, he video’d me doing butterfly. I noticed my legs were spread out rather than together. Before this, I thought my legs were perfectly together all the time. I started working my legs and ankle together in practice, and went from a 1:18 to a 1:11. I hope to make the state cut for 11-12 this weekend.”